Unity Software Stock: The Doom And Gloom Takes Over (NYSE:U) 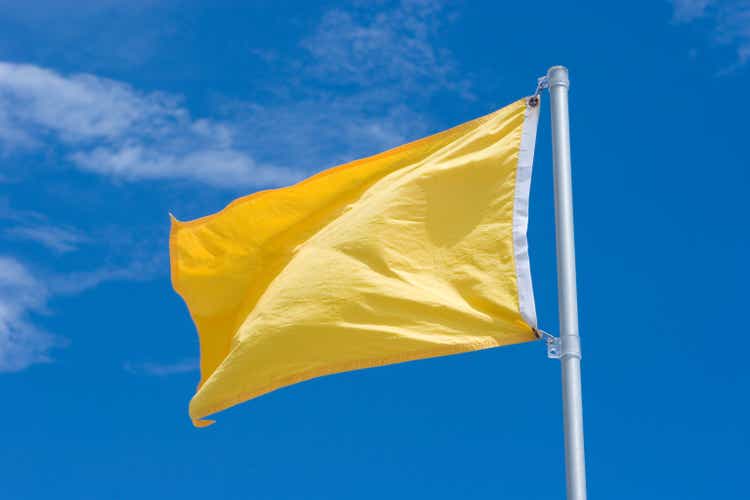 2022 is shaping up to be a year to forget for Unity Software Inc. (NYSE:U), with shares down almost 80% this year following a combination of wider stock market declines & poor business performance. In its Q1’22 earnings release, the company shocked investors with a substantial FY22 guidance reduction, driven primarily by problems with its monetization tools.

On the plus side, Unity has been gaining momentum with its Create Solutions & saw success in industries outside of gaming. Management was also upfront about this monetization issue, and reassured shareholders that it would be fixed within the year and should have no financial impact on 2023. This prompted me to write my previous article: Unity Software: It’s Not All Doom And Gloom.

And it certainly wasn’t all doom and gloom… but following a press release on July 13th 2022, investors have yet another reason to be cautious. Unity announced that it had entered into an agreement to merge with (well, acquire) ironSource Ltd. (IS) in an all-stock transaction, valuing ironSource at approximately ~$4.4 billion and resulting in substantial dilution for Unity shareholders.

Given this latest announcement, I’ve hit pause on my purchases of Unity shares – and here’s why.

The company has been growing both rapidly and profitably, with revenue growing at a 75% CAGR from 2019 through to 2021, albeit during a period with a lot of tailwinds for mobile gaming. It also boasts gross margins above 80%, and remained profitable in recent quarters despite additional expenses related to its 2021 IPO.

ironSource also has an extremely impressive dollar-based net expansion rate of 153% combined with a 98% gross retention rate. This means that not only are 98% of customers sticking with ironSource, but the company is getting those who remain to increase their spend by 53% each year!

It’s worth highlighting that ironSource’s business model is primarily revenue-share-based or usage-based, so its success is only as good as its customers’ success – I personally like to see business models that demonstrate these alignments of incentives, but it also means that difficult times for customers (such as a recessionary period) will impact ironSource equally negatively.

So it’s clear to see how ironSource’s offerings tie in very nicely to the operate solutions that Unity has been having difficulty with – it feels like this acquisition is in-part being made to plug the gap that has been left by Unity’s inability to effectively monetize games for its developers. But ironSource looks like a great company, so perhaps this acquisition could propel Unity to new heights.

The Risks Are Mounting Up

On the face of it, this looks like a pretty great acquisition – but it’s a lot easier to acquire a company on paper than it is to actually integrate it within your business. I am a fan of smaller bolt-on acquisitions, but an acquisition of this scale is difficult for me to get behind. Perhaps it is unfair that my mind always goes back to Teladoc (TDOC) acquiring Livongo whenever I see a merger / acquisition of this scale; it looked great on paper, made a lot of sense, and did a lot of harm to Teladoc. Despite the acquisition taking place two years ago, Teladoc is nowhere near close to recovering, with shares falling by more than 80% since the acquisition was completed. As a former Teladoc shareholder, this was a steep learning curve.

But I cannot say “Teladoc failed, so Unity will also fail” – these are two different companies, two different industries, and two different management teams. I am using this example to highlight that huge acquisitions such as this are difficult, and the synergies are rarely realized to the full expected potential.

Would I love to see over $300m in annual EBITDA synergies by year 3? Absolutely.

Do I believe I will? Absolutely not.

There are ask risks outside of this acquisition. Unity announced in the same press release that its Q2’22 results will be slightly higher than the top end of its guidance range – happy days! I felt a sigh of relief reading this, as it gave me confidence that the company had got on top of its monetization issues and the impact might be lower than originally anticipated.

Yet that relief was very quickly crushed, as the company announced in the same breath that it was reducing its full-year revenue guidance from $1,350-$1,425 million to $1,300-$1,350 million.

Wait what? Coming in with higher Q2’22 guidance but reducing full-year guidance? Huh?

This was the explanation offered up in the press release:

Unity’s Create business continues to perform strongly and the company’s data and engineering interventions in Operate are resulting in improved performance. While Unity expects ongoing strong performance in Create, and continued progress in Operate, it is adjusting its full-year revenue guidance from $1,350 – $1,425 million to $1,300 – $1,350 million to reflect our current assessment of macro trends, product launch and competitive dynamic with our monetization business.

The implication with the improved guidance for Q2’22 is that Unity has in fact managed to get on top of the issues it was having with its Operate Solutions. The bad news is that the reduction in full year guidance must be taking into account the positive impact of a recovery in Operate Solutions & yet it is still a big reduction, so there must be something else even worse impacting results.

My assumption would be the deteriorating macroeconomic environment, which I understand, but it has only been 2 months since Unity last announced its full year guidance – so macro has declined enough in that time to reduce 2022 YoY revenue growth from ~25% to ~19%, despite Operate Solutions recovering quicker than expected? That doesn’t sit right with me.

It’s Still Not All Doom & Gloom

There is even more negatively surrounding Unity following this latest news, and I think with good reason. An acquisition of this size undoubtedly comes with a lot of implementation risk, and the increased uncertainty is something Unity investors could do without.

Yet ironSource aligns quite perfectly with Unity, and appears to be a high-quality business in its own right. Given Unity’s difficulties in monetization, it could make a lot of sense to bring in ironSource & the expertise that comes with it – if not for the sole purpose of ensuring developers don’t need to switch away from Unity in order to successfully market and monetize their games.

Switching costs is a moat that I believe Unity has, as it is beneficial for developers to move directly from Create Solutions to Operate Solutions & more onerous for them to go to third parties such as ironSource or Digital Turbine (APPS). This acquisition should strengthen Unity’s offerings, and if implemented successfully, investors could look back at this as a fantastic decision.

It’s also a good sign to see that Unity has the backing of its two largest investors, Silver Lake and Sequoia, who have committed $1 billion worth of funding to the merger through convertible notes with a meagre interest rate of 2% per annum. The investors made the following statement:

Silver Lake and Sequoia are both excited to continue to partner with Unity as they execute on the massive opportunity to help creators across both gaming and other verticals to build, power and monetize the real-time 3D experiences of the future. We are delighted to invest to support this strategically compelling and highly accretive transaction.

The other thing to remember is that the long-term thesis for owning Unity is still on track. Yes the company is facing some pretty rough bumps in the road right now, but it is seeing strong momentum outside of gaming and appears to be resolving the problems within its Operate Solutions. This acquisition does throw up some question marks, but no-one can deny the offering that ironSource provides in order to help Unity achieve its full potential.

The first one is this: ‘Unity has seen its Create Solutions flourish recently, and management has been upfront about the monetization issues in Operate which the company appears to be resolver faster than expected. This acquisition is only going to strengthen Unity’s Operate Solutions, as ironSource is an industry-leading business that will boost Unity’s top- and bottom-line growth from day one. The fall in guidance is likely driven by macro headwinds, as fewer people are willing to part with their money on gaming & marketing spend is being cut back across the board, but this is a short-term blip in Unity’s long-term path to success.’

The second one is this: ‘Unity’s management team don’t seem to have a clue what they are doing. Not only does the updated guidance make little sense following a beat in Q2’22, but the substantial change in just two months highlights their inability to forecast accurately. Furthermore, this incredibly dilutive merger appears to be a decision forced upon the company to prevent a mass exodus from its Operate Solutions. A $4.4 billion merger is huge for a company like Unity, currently valued under $10 billion, and if the integration of these two companies fails (which does happen frequently in large mergers) then Unity fails – simple as that. Let’s not forget that there are issues with its Operate Solutions and Unity isn’t out of the woods yet. Perhaps one of the reasons for the FY22 revenue guidance reduction is another issue they have found within the business – who knows!.’

My problem is that I find both arguments pretty convincing. I am still optimistic about Unity, and I can certainly see the benefits to this merger – but the size of it, combined with the substantial guidance reduction and existing problems within the business is enough for me to avoid acquiring more shares of Unity for now.

I will simply hold my shares, keep monitoring the business, and look to see which way things pan out: a successful merger lifting Unity to new highs & a resolution to its Operate Solutions, or a merger à la Teladoc that brings the company crashing down.